Search
We are pleased to announce that the soprano Rosa Gomariz has joined our roster of artists and, from here, we would like to thank her very much for the trust that she has placed in GoDirect.

​Rosa Gomariz is currently part of the “Crescendo” program at the Teatro Real in Madrid and also the “Mascagni Academy” at the Goldoni theater in Livorno.

She began her vocal training at the Federico Moreno Torroba conservatory at the age of 16. In 2015 Rosa began her studies at the Escuela Superior de Canto de Madrid. Moreover, she attends numerous masterclasses in Italy and Spain, with artists such as Enza Ferrari, Luciana D'intino, Roberto Scandiuzzi and Chris Merritt. In 2019, she finishes her studies in Madrid and upon graduation is admitted to several renowned universities in the United States. Finally, she chooses as final destination the "Chicago College of Performing Arts" at Roosevelt University in Chicago, Illinois, where she is studying for a Master's degree under the direction of Elizabeth Byrne.

This year, Rosa won the Prize for the best performance of zarzuela and the second prize in the “Alcalá de Henares Lyrical Singing Contest”. In February 2020, she won the first prize at the "Fox Valley" Vocal Competition in Aurora, Illinois. In July of the same year, she won the first prize in the singing contest "Un futuro de arte" in Medinaceli, Soria. In 2021 she won the second prize in the “Martín y Soler” contest in Valencia and in October of the same year she was a finalist in the “New Voices Contest” at the Teatro de la Maestranza in Seville.

​Among her future projects in 2022, she will debut the roles of Adina ("L'elisir d'amore", Donizetti) and Aida in A.I.D.A at the Opera Studio of "El Real Junior". 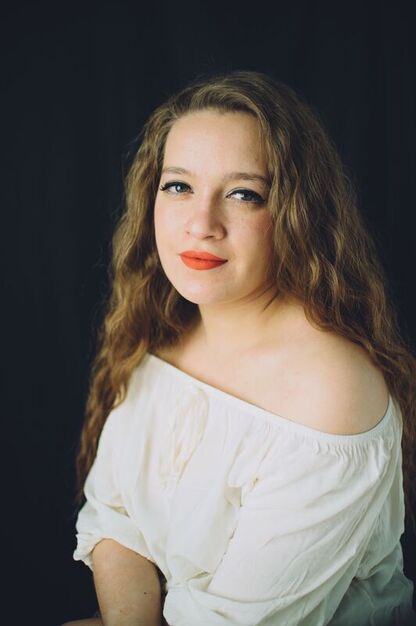