Search
We are pleased to announce a new addition to the GoDirect team, César Wonenburger, who joins the agency as a Consultant and as Head of Special Projects.

With a degree in Law and a Master's Degree in Media, he has also studied music. From 2004 until this year he has been Artistic Director of the La Coruña Opera Festival and the Coruña Lyric Season, achieving numerous awards for Amigos de la Ópera in the different Spanish lyrical awards until 2020.

​He has been Head of Culture for "Diario 16" and music and film critic for "La Voz de Galicia", Technical Director of the "Master in Theatrical and Film Studies" at the University of La Coruña and jury in numerous international singing competitions. He is frequently invited to numerous conferences and seminars on musical topics at institutions such as the Instituto Cervantes in Vienna. He has written hundreds of articles on musical topics in Spanish media.

​Founder of the first music cycle at the University of La Coruña, he has promoted initiatives to promote young singers' careers, such as “New Galician voices”. In 2016 he created "Lírica Inclusiva" to bring music to civic centers in La Coruña as well as to public shelters and centers for people with disabilities. That same year he launched the "Vocal Performance Course" taught by Alberto Zedda, Renata Scotto and Mariella Devia in La Coruña. He is Advisor of the Training Programs for Young Singers of the Sinfonía Foundation in the Dominican Republic. 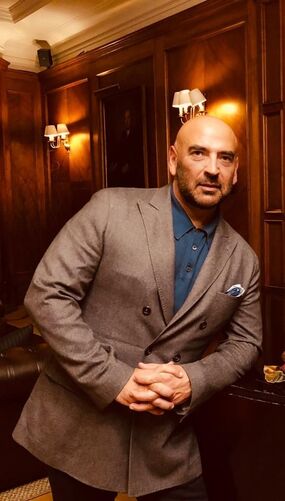